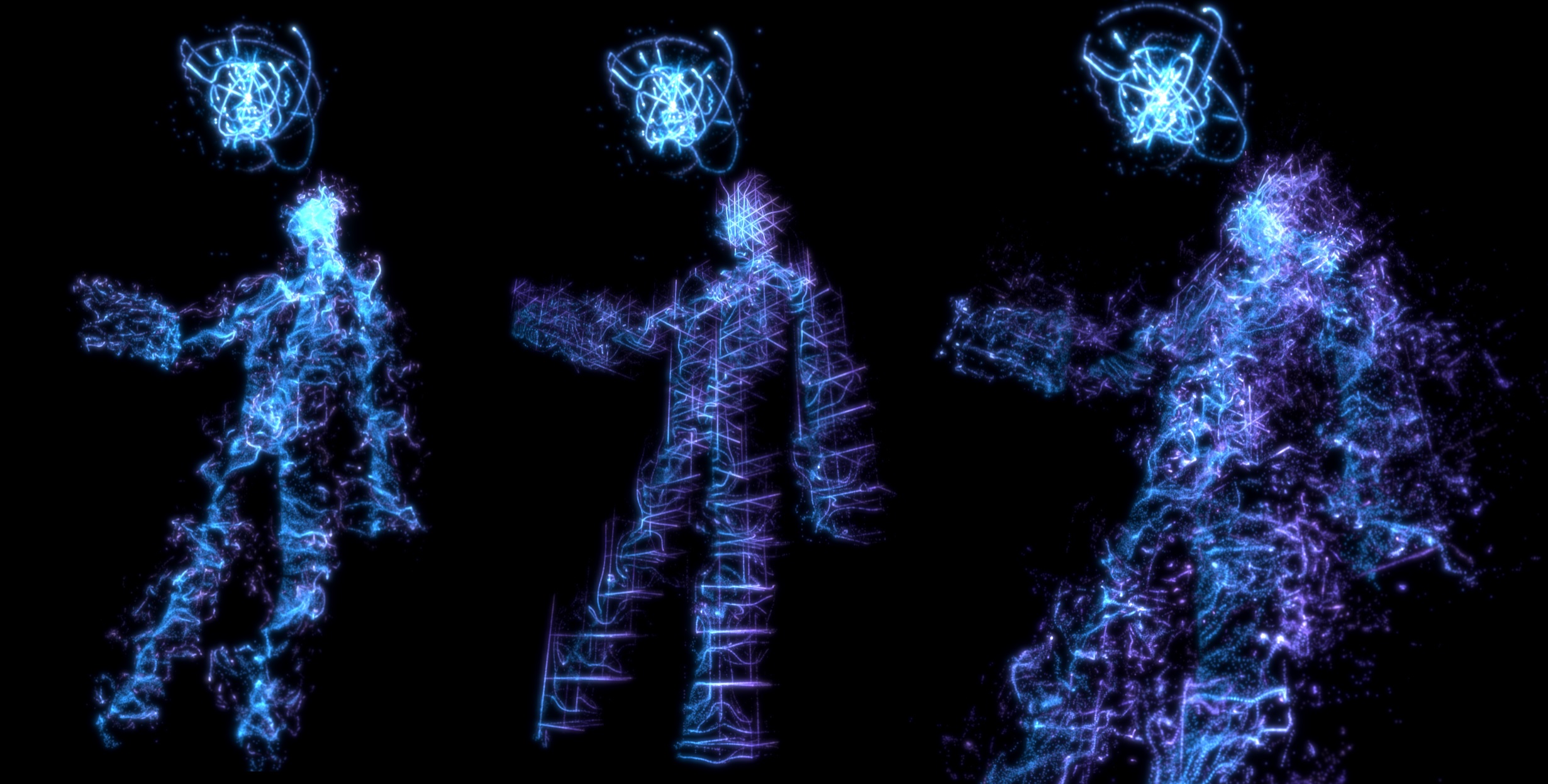 After a week of discussions with researchers, a week of intense creative gathering in Vieux Lyon and a final week of production, the team presented Sisyphe at the Laboratory.

It was a first time for me (Alex Andrix) directing six artists and managing an intense art-science digital production within such a short amount of time. The film was presented again at Fête de la Science ENS de Lyon in 2021.

Although the wide majority of discussions and thinking process was not recorded, and no special effort in communication was made during the production phase, a few elements could be collected.

Quite a lot of events happened between this film production and the writing of this article (early 2022), but now may be a right time to share some behind-the-scenes elements.