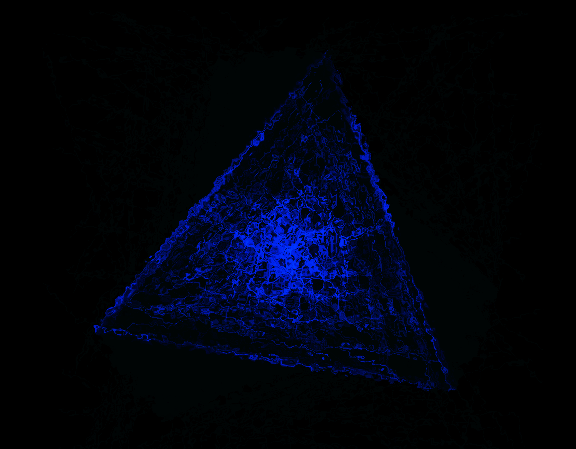 Tonight I had an idea.

Maybe I can split my usual viscosity based on the attractor position into two terms: viscR, and viscO (think theta θ), where R and O are of a local polar coordinate system centered on the attractor. This way, a bunch of particles tied to this attractor – with spring force, gravity… whatever – might not dodge the attractor when moving but rush more into it, straight. Maybe I can play with those and all…


Ok so things did not go as planned.

I went on CodePen, forked my previous pen Spipa Circle and reduced the grid to only 3 points on which attractors can teleport.


See the Pen Spipa Circle by Alex Andrix on CodePen
1

I was planning on experimenting the splitting of the usual viscosity into viscR and viscO with flocks of particles moving around the triangle of attractors. Instead I started to see a very nice motion of particles within the triangle, which reminded me of a few experiments with vanishing points. So I just went on polishing the pen in this direction!